skip to main | skip to sidebar

A WARM WELCOME TO OUR ENGLISH-SPEAKING VISITORS!!! 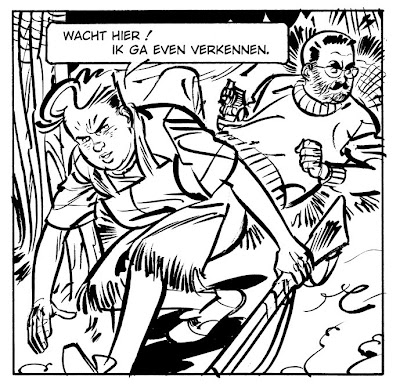 Since I've learned that there are a few BE-blog-visitors out there not quite grasping all the finesses of Dutch language, but are still interested in what's going on, here on this weblog, for once, today's BE-posting will be in ENGLISH! Wellcome everybody out there in cyberspace! Welcome to our international friends!!!! (And to all our Dutch readers: Excuus voor het kromme engels! Hopelijk is het desondanks een beetje te volgen... ) 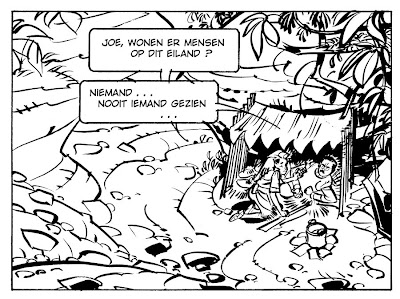 Okay then, what IS going on here?

This blog is dedicated to a comic. The Bob Evers comic. The dutch "Bob Evers comic books" are firmly based on a very well known series of novels for boys, written somewhere in the fifties of last century, by dutch author Willy van der Heide. This explains much of the retro look and feel of the material you see here.
Writer Frank Jonker and artist Hans van Oudenaarden started this BE-weblog a few months ago, mainly to keep readers informed about the forthcoming Bob Evers album. After four episodes, prepublication (is that a word?) of the comic in the dutch newspaper "Algemeen Dagblad" in dayly installments, was being canceled and the authors really, really wanted to let everybody know that the series was still being continued! As far as we were concerned, the Bob Evers albums would still keep on coming. We decided to do the prepublication of our comic on the internet! 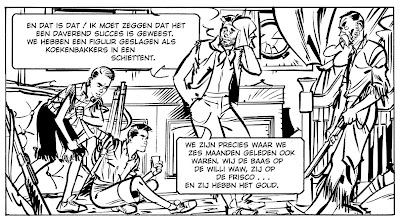 So here we are now. What you can witness on this blog is virtually the birth of an album. If you click back into the archives of this blog, you'll find a lot of sketchmaterial and inks done by me, exclusively for this new Bob Evers comicbook. You'll also find the original scenario pages done by Frank and our comments and discussions about our own work. You'll find our schedule for public appearances and even some of Frank's commercial sidelines! Oh, and let's not forget, I even plan to do a crash course "Bob Evers drawing" in the near future. Readers are invited to react and we try to answer all their questions. In our internet-TOTALLY-FREE-BE-prepublication extravaganza we have reached page 26 allready! 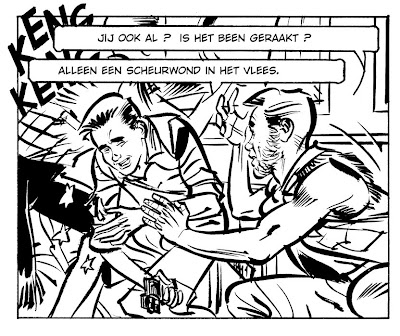 Even if you wouln't be able to buy the albums in your country -and even if you could, wouldn't be able to read them- we sincerely hope you will still enjoy our material on this blog. Unfortunately, for now, the Bob Evers albums are in dutch only, but as far as we are concerned, this WILL change. Thanks for visiting and don't be a stranger!

By the way, for crummy, computer generated, tranlations of what's really being said on this weblog, you can offcourse visit: http://babelfish.yahoo.com/translate_txt?fr=avbbf-nl 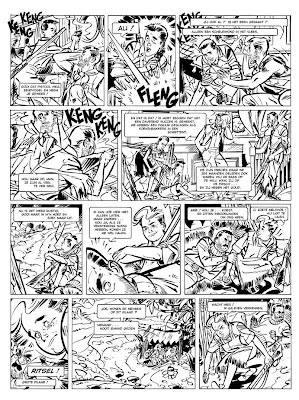 Sorry, readers. I am only abusing this page in an attempt to reach the authors.

Welcome to our english-speaking visitors !

On this weblog writer Frank Jonker and artist Hans van Oudenaarden try to keep you guys informed about about all the stuff that's going on behind the scenes during production and launching of the new BOB EVERS comic books!!!
Read more HERE! 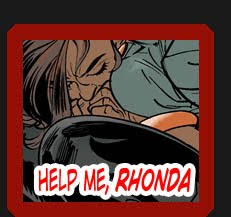 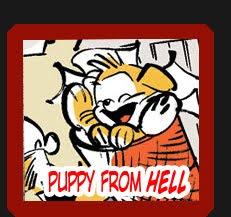 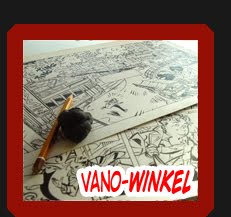 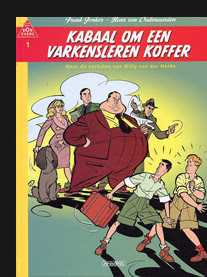 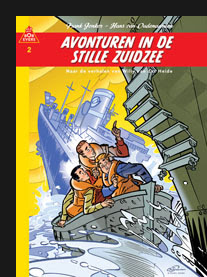 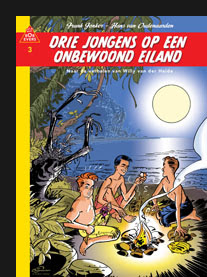 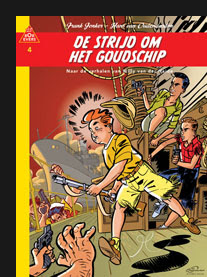 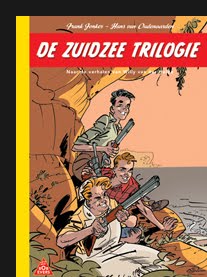 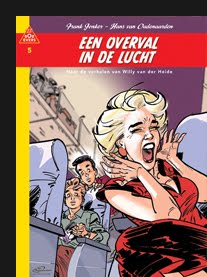